Hyperloop One, the firm who have carried and developed the brain-child of tech-innovator Elon Musk, has signed a deal with the Dubai’s head of transport. On the 8th November, the company announced that it’s highly likely the very first version of the futuristic transport system will connect Dubai and Abu Dhabi.
In a promotional video, the company claimed that the journey between the two cities which traditionally takes about 1 and a half hours, will take just 12 minutes inside the Hyperloop. The high-speed transportation system would use electric propulsion to accelerate a passenger or cargo pod through a low-pressure tube at speeds of up to 700mph. The vehicle would levitate above the track, which is likely to be built on stilts above the ground.
Hyperloop One, which hosted its Dubai announcement at the top of the world’s tallest building – the Burj Khalifa – has signed a feasibility deal with the emirate’s roads and transportation agency. The firm has said they will explore the feasibility of testing the technology at Dubai’s Jebel Ali port, where they hope a successful testing period will lead to further confidence from the city and countries officials.

It is important to note that due to the extreme innovation behind the Hyperloop, it’s still very much in the preliminary stages and therefore, the details revealed were very limited and it’s likely to be a considerable amount of time till we see this system get anywhere near public use.

We are pleased to share the latest news about China’s contribution in assisting developing countries in their sustainable growth.

The Asian Infrastructure Investment Bank (AIIB) is a multilateral development bank, proposed by the government of China, that has the mission to give assistance to financial needs to infrastructure projects in Asia region.

The signing ceremony of the Memorandum of Understanding on Establishing Asian Infrastructure Investment Bank (AIIB) in Beijing
Photo from en.people.cn

The establishment of this bank is partly due to the huge infrastructure needs across the developing countries in Asia. The Asian Development Bank (ADB) estimates that Asia will need approximately 8$ trillion between 2010 and 2020 for energy, transportation, telecommunication and water/sanitation. Summing the investments from all existing institutions aren’t enough to reach that amount and the shortfall exceeds 700$ billion a year.

Other than its purpose as a funding institution, the AIIB is also a modern knowledge-based institution, focusing on the development of infrastructure and other productive sectors in Asia, such as energy & power, transportation & telecommunication, water supply & sanitation, etc.

Until the 2nd April 2015, almost all Asian countries and major countries outside Asia has joined the AIIB, except US, Japan, Canada and North Korea. Catherine Novelli, U.S. undersecretary of state for economic growth, energy and the environment, said that the administration generally supports the AIIB’s stated goals but has concerns over regulation and environmental issues. Other worries that the bank will help China to rival the US as the world’s economic power and in establishing its values in the world’s vision.

According to Raj M. Desai, associate professor from Georgetown University, the participation of the US in the AIIB could encourage the Chinese to implement a transparent regime that adopts the world’s best practice in financing infrastructure. The President of World Bank, Jim Yong Kim, welcome AIIB and believes that the activities of a new organization can greatly help the massive need of investment in infrastructure. 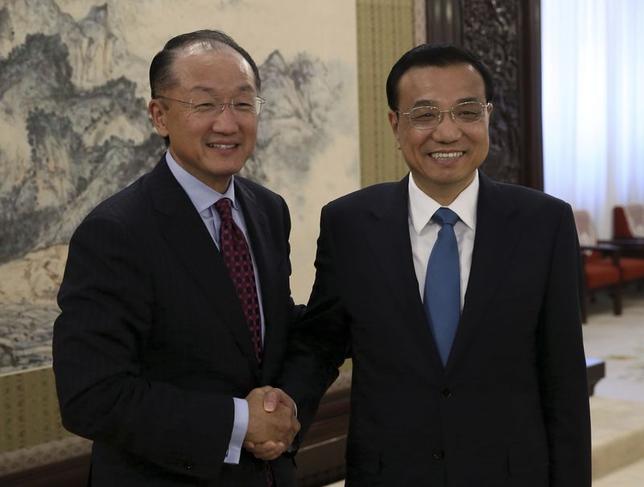 As one of the world’s leading steel manufacturer, Shanghai Metal Corporation believes that sustainable growth improves the quality of life for everyone, now and for generations to come.  That’s why we put great efforts to meet the demand for steel in an eco-friendly way. We support AIIB’s mission and values in supporting Asia’s infrastructure project in a “lean, clean and green” way. We have faith that AIIB can help to support the growth of the developing countries and give them assistance in their infrastructure development.