After it was announced on Friday that the EU had set higher import duties on two popular steel products from China, the country has hit back labelling the investigation methods as ‘unfair’. China’s commerce ministry have led the protests against the decision, labelling it “unfair and unreasonable” and “seriously damages the interests of Chinese enterprises”, due to it being a method commonly used against non-market economies.
The duties have been imposed after recent outcries of concern over the declining state of European steel industry; Britain alone has seen 5’000 jobs axed this year, primarily down to the collapse of Tata Steel UK. The EU has largely blamed China for the declining European Steel market, accusing them of dumping ludicrously cheap steel on the market, which doesn’t give competitors the opportunity to compete.
However, China who is the suppliers of 50% of the world’s steel and the largest consumer of steel, have claimed that the accusations are unjust, considering Chinese steel products represent just 5% of the European Market and have said weak economic growth is the reason behind said problems. “China hopes the EU will strictly respect relevant World Trade Organization rules and fully guarantee Chinese companies’ right to protest,” the ministry said.
The EU’s duties are set at between 13.2 and 22.6 percent for hot-rolled flat iron and steel products and at between 65.1 and 73.7 percent for heavy plate steel.
The war of trade between the EU and China doesn’t look like ending any time soon, considering the EU are still debating whether to grant china ‘market economy’ status, something China firmly argues is a given right considering in December they will have been a member of the World Trade Organisation (WTO) for 15 years. The commission has said that China is not a market economy and that it would not recognize it as such, but would adopt a new method to set duties that would abide by WTO rules.

A lot of people often get disgruntled at the thought of beginning a new project of building a structure such as a house or warehouse for instance, because it usually takes a long time to get such structures up. Well, at SMC we offer state of the art building systems which allows a lot of businesses operating in the construction industry to breathe easy,as they can enjoy shortened construction duration, as well as great, durable and versatile buildings. Steel building system is particularly useful in mega structures such as bridges and high-rise buildings as it is very strong, firm and sturdy, therefore making it resistant; and also enables flexible designs. 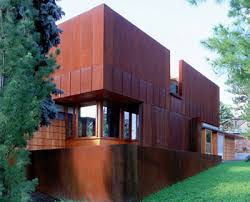 With the fast paced growth of the real estate industry, we see more and more of unique and spectacular structures coming up, as people try to be more innovative and creative in  creating their dream homes. Steel homes are unique, cost efficient, easy -to-set-up structures. 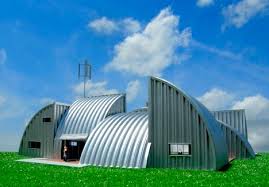 Not only are steel structures eye catching, they are also easy to set up because unlike brick-built structures, big chunks of steel are used to set up on side of a structure for instance, hence is easier and faster to get the material on-site; as opposed to bricks which are brought on-site one by one, thus it can greatly reduce the time taken to set up a built structure.

These structures are every architect’s dream, as they are a gateway to their limitless creativity; and these unique structures usually encompass very intricate architectural designs. At SMC we offer steel grating, which can be used for steel building, steel floors and other building structures of your desire. Our steel grating used on floors can enhance resistance and enable the flooring to withstand heavy loads, unlike floor tiles which are susceptible to cracks when heavy loads are placed on them. For this reason steel flooring is perfect for warehouses! Again, steel is an affordable, cost efficient flooring solution, and gives your structure a one-of-a-kind feel. Steel is also more durable, easy to clean, and thus sustainable. Incorporate steel in your home, and warehouse. With SMC, great savings can be made with using steel building systems!

Stay up-to-date with our latest posts, follow us on the following social media platforms

The bridge is used to provide a way over an obstacle, such as water, valley or road. Its size differs according to its destination, it can be used to cross a river or even from one city to another. In some cases, it may symbolize an important point in your life. According to Freud, a bridge may symbolize any sort of transition in the dreamer’s life, for example, moving to a foreign country, changing from a job to another, etc. In this article, we are going to focus about the physical-real-life bridge. Let us see how bridges have evolved throughout the human history and how ancient bridges show us that structure theory is not the only vital factor in the realization of building construction.

We can divide the evolution of bridge technology into 2 eras :

The Arch Era goes from 2000 BC until the end if the 18th century. Arc bridges were well developed by the  Romans and were for the majority stone arches. The Viaduct in Segovia, for example, is over 2000 years old and is still intact until today.

We can also find another example of ancient stone bridge in China. The elegant Zhao Zhou Bridge were built around 600 AD and can still be used until today.

Another famous ancient bridge still in use today is the Siosepol Bridge in Iran, built during the Safavid Dynasty (around 16th Century).

These bridges were built before the appearance of structural theory. The ancestors of engineer didn’t use theory to guide their design. The type of  bridge structure they used (still used until today) was intuitive and their construction materials were readily available in nature. Stone arches have a very wonderful structures and  blend very well into the natural landscape.

One of the most spectacular early bridge is the Firth of Fourth Bridge in London, built during the end of the 19th Century. Some may not be fond of its structures but it has been successfully serving its objective until now.

Other steel bridges were built around the same time in the United States, such as, the St. Louis Bridge and the Brooklyn Bridge

The improvement of wire technology with steel allowed  long span suspension bridges possible. Research in aerodynamics offered a way to design bridges with wind resistant. Some early examples of this type of bridge are the Golden Gate Bridge and the George Washington Bridge. One of the longest one today is the Akashi Kaikyo Bridge.

Another type of Contemporary Era bridge is the cable-stayed bridge. Attempts were not successful before high strength steel was available. Since 1970, many long cable-stayed bridge were completed around the world, such as The Stromsund Bridge in Sweden and the Normandy Bridge in France. One of the newest is the Stonecutters Bridge in Hong Kong, completed in 2009. As we can see from these examples, the availability of construction materials is a dominant factor in the evolution of bridge (stone, steel,…). Bridges are one of the most important infrastructure program in China. Shanghai Metal Corporation supply various steel bridges & steel bridge materials. Check our website if you’re interested other construction materials. You can also send us your inquiry, we have English-speaking that will help you to find the best product for you. Don’t forget to follow us on social media and download an application by scanning QR code below.

Read this article for a more detailed information about the evolution of bridge technology.

Bridges don’t have to be just boring old steel parts of your city that allow you to cross a river. It also can be unique experience with nice architecture around you so you would like to stop and enjoy the atmosphere.

One of these kinds of bridges is Peace Bridge that crosses the Bow river in Calgary. This bridge was designed by Santiago Calatrava, a Spanish neofuturistic architect and sculptor, who is known for his elegant structures combining structure with a touch of sculpturing. His bridge is a remarkable solution to a number of challenging design criteria. “It seems very simple at the first glance, but Peace Bridge is a very technical structure.”

The Peace Bridge is a red and white tubular structure, candy cane-colored footbridge that was finished in 2012. It has over 126-meter span and it reduces the environmental impact as there are no intermediary supports. This bridge is designed for pedestrians and cyclists so wide bridge’s deck provides a space for them on the both sides. It is covered in glass so it provides year-round safe passage for cyclists and pedestrians.

The Peace Bridge was honored in in the prestigious biennial National Steel Design Awards of Excellence that is given by Canadian Institute of Steel Construction.

Shanghai Metal Corporation offers customers wide range of steel products and took part on several steel projects. For more information visit our website or send us inquiry. English speaking staff will guide you further. Download a new application by scanning QR code below or follow us on social media.

Yoga is a set of psychical, mental and spiritual exercises and practices that transform your body and mind.  So when people say “yoga” I think of a calm, peaceful place where we meditate and relax. However, the hottest trend is completely different from the way I think.

The “Big Apple” yoga enthusiasts started to practice yoga all over New York, surprisingly not in gyms or parks but on subway!  You have probably experienced rush mornings, chaos and masses moving to work or school. They don’t care about dirty floor, people staring at them, they just twist, bend, stretch. Some of them with yoga mats lay down to do sun salutation. some just simply practice on seats or around poles.

Although doing yoga on subway might seem very interesting, not everybody is happy about that. As the result of complaints there have been 240 subway acrobats and yoga enthusiasts arrested in 2014 so far. (source)

What is the right place for practicing yoga? A bridge!In Dallas, Texas, they started to make yoga classes on the steel bridge with view over the city. You can benefit your spiritual and physical wellness and yet be at the spectacular place. So steel bridges can also serve us as a place for doing sports and having fun.

Let’s also have a look on Shanghai Metal Corporation’s website with its new projects, steel bridges and metro pedestrian bridges. You can send us inquiry or follow us on Facebook, Instagram, LindkedIn or Twitter. You could also download our new app by scanning QR code. Our English speaking staff will be more than glad to help you and answer your questions

You can read more articles by this author here.