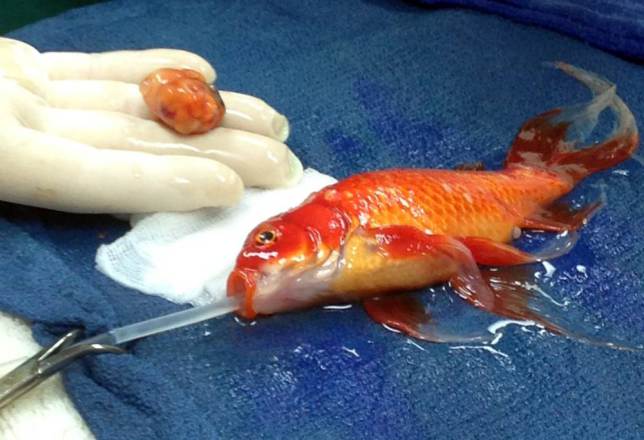 To prepare for the surgery, Rich had George swim around in a bucket of water laced with anesthetic to knock him out, the hospital explained in a Facebook post. A spokesperson from Lort Smith told NBC News the surgery cost about $300 AUD and, despite how unusual it seems, it’s not the first of its kind.

Speaking of, Shanghai Metal produces the carbon steel used in surgical blades. As an ISO 14001 (International Quality Management System) Company and recipient of the “Star Enterprise Award,” Shanghai Metal Corporation prides itself on exceeding international standards of quality and reliability. We guarantee the best prices, quality support, and fast delivery. To find out more, please visit our Website or send your inquiry here. Our English speaking personnel will be more than pleased to help you. Follow us on  LinkedIn, Twitter, Facebook, Instagram and don’t forget to subscribe to our YouTube channel. Or you could try our new mobile app by scanning our QR code. Why are hurricane patterns spiral? What gives galaxies their spiral shapes? Why is the same shape attached to so many flowers, plants and animals? It seems that the nature has a way reprinting the shape all over again. Is this all just am coincidence, or could there be some logic? The spiral found in the nature is actually a golden spiral, a spiral defined by the golden ratio φ, a constant that has an approximate value of 1.6180339887. In mathematics and arts, two quantities are in the golden ratio if the ratio between the sum of those quantities and the larger one is the same as the ratio between the larger one and the smaller. In geometry, a golden spiral is a logarithmic spiral whose growth factor is related to φ, the golden ratio. Specifically, a golden spiral gets wider (or further from its origin) by a factor of φ for every quarter turn it makes. The world is full of golden spirals, not only in shapes, but also in behavioral patterns. For example when a hawk approaches its prey, its sharpest view is at an angle to their direction of flight — an angle that’s the same as the spiral’s pitch. Fibonacci discovered the sequence by observing rabbits’ reproduction patterns. Two rabbits are likely to have two babies. Then there will be three new babies, again five new babies, then eight, thirteen, twenty one and so on. The same pattern has been found also in bees. Besides nature, human beings have been interested in creating spiral shaped objects for centuries. In Shanghai Metal Corporation we continue that legacy with our Spiral Tube Forming Machine that is designed to manufacturing spiral tubes and pipes out of steel for industrial use. The Spiral Tube Forming Machine is equipped with a Mitsubishi PLC control panel and transformer. For more details, please visit our website. Please also follow us on Twitter, Facebook, LinkedIn and Instagram. You can also download our mobile application by scanning the QR code below.