Steel grating is one of our most versatile products as it has an array of uses for both home and industrial use in factories.  As a leading manufacturer and supplier of metal products in China, SMC is precise in meeting all the needs of suppliers for any kind of metal products. Our Steel grating comes in different forms, it can be the compound steel grating which works well as a seal for floor edges, stair cases,  and making safe walkways; or the more regular, fence-like steel grating.

Steel grating can be conveniently used in factories and other heavy duty industries, as it creates a safe walkway where people can see what’s below them, such another segment of their factory production line. 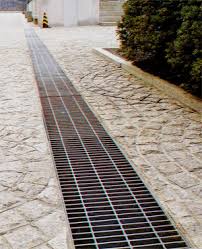 This product also works well as a carriage way or walkway in airports, courtyards, as it is easily stacked and placed into position.  Pedestrians can be rest assured of walking on a safe side walk made from steel grating!

For your homes, restaurants and workshops with a edgy look, you can use steel grating to construct your unique stair case, which will greatly save you lots of time and energy as it is easy to set-up.

To enable better security, and aeration in your warehouses, steel grating, with this large spacing, helps to ensure easy visibility of goods.

For your unique fencing in the home or garden, steel grating offers this less rigid, see-through barrier!

Stay up-to-date with our latest posts by scanning the QR code below or following us on these social media platforms:

Recreational trespasser, Steve Duncan, has made himself famous due to his eagerness in exploring famous scenes of New York City, and other cities around the world. He has a blog undercity.org full of breathtaking videos and incredible pictures as witnesses of his adventures. It is hard to believe somebody dares to challenge his own life and the law in search of lost rivers, best views atop bridges, hidden subway station, abandoned missile silos, catacombs, underground secret societies. But in his TED-talk video you realized, he is just a 30 something years old PhD student in urban history fanatic about urban structures above and below ground.

In one of his videos he climbed the Williamsburg Bridge together with his friend camera-man in the middle of the night. While Williamsburg Bridge is mostly used for car crossing over the East River between Manhattan and Brooklyn, cycling and walking, Duncan challenges the cops and makes himself atop the bridge, showing an astounding view of the whole Manhattan isle in the middle of the night. Simply beautiful.

“A city is prettiest to see from the air. You’re insanely high – you have no idea how big it is until you’re up there,” says Duncan. When opened in 1903, the 1,600 foot long main span of the Williamsburg Bridge was the world’s longest suspension span, surpassing the nearby Brooklyn Bridge by only 4.5 feet. The Williamsburg Bridge remained the world’s longest suspension bridge span for 21 years until the opening of the Bear Mountain Bridge in 1924. There are four main suspension cables are 18.75 inches in diameter and each composed of over 10,000 wires.

Getting atop the Williamsburg Bridge (best done at night) requires walking the bridge’s length starting in Brooklyn, then climbing multiple stories of steel scaffolding visible to passing cars and pedestrians. It is a huge risk and he  seems to climb it as easily as he walks. Police shootings of trespassers in subway tunnels and on bridge tops are infrequent, but in 1998, for example, 27-year-old Robert Landeta died after falling from the Brooklyn Bridge, while police arrested three men on the Williamsburg Bridge in 2003.

In the end of the video, Duncan smiles and adds “I find them just kind of time capsules, you know, [a] way to step into the past and see something about how New York grew.”

Shanghai Metal Corporation offers a wide range of metal used in the manufacturing of bridges such as Williamsburg Bridge in NYC. We are specialized in hot dip galvanized steel grating widely used in the fields of flooring, catwalk, heavy equipment area, sidewalk, drainage pit cover, stair tread, etc.  For our full list of products that we offer check out our website here. Be sure to join the conversation in our LinkedIn group,Facebook, Twitter and Instagram. Try also our new mobile application by scanning the QR code below.

Liquid Packaging Made Famous by a Watch Company

Are There Enough Metal Buckets for the Ice Bucket Challenge?

How Much Petrol Costs Internationally

Air Quality – What Can Be Done?

Have You Played These Cool Games?