There are examples of shipping container winter homes that are suitable for Northern countries such as Northern USA, Canada, Finland and other Nordic countries.  For instance an American real estate agent Jeffrey White is transforming shipping containers into affordable and eco-friendly homes for low-income families in Salt Lake City. Each home is made out of two shipping containers, and the whole projects costs 120,000 dollars including the land they sit on. (source)

In order to build beautiful homes like these, the shipping containers need to be enforced with proper insulation. In Shanghai Metal Corporation we sell both shipping containers and highly moisture resistant glass wool for insulation.  Our prefabricated container homes come with polystyrene foam insulation. If you are building affordable homes we will gladly offer you all the material. Just send us an inquiry and our English speaking staff will contact you. Meanwhile please visit our social media sites for future updates.

India’s National Center for Antarctic and Ocean Research is situated in northeast Antarctica. The Bharati Indian Polar Station is built on an 27,000 square feet area out of 134 shipping containers. The research center’s residential quarters shows almost everything that can be built out of shipping containers including an hotel of 24 single and double bedrooms, kitchen, dining room, library, fitness room, offices, a lounge and an operational theater.

There are at least two reasons why the research complex was built by using shipping containers. First, according to the Antarctic Treaty System, all the construction in the Antarctica should not leave any trace to the environment. Shipping containers make it possible to dissassemble and remove the building without causing any environmental impact.

Second, due to shipping containers’ physical properties and their durability, they are an excellent building material for extreme weather conditions. Shipping containers are designed to be shipped even in a rough weather in the world’s seas. Therefore they can even handle the wind gusts of 200 mph and the temperatures of -40 C of the Antarctica.

The shipping container complex was prefabricated in Germany and shipped to Antwerp and Cape Town. In Antarctica the research center was able to be assembled quickly. The facade of the center was designed to forestall the buildups of snow drifts.

Thanks to the German company Bof Architekten, the center can accommodate 47 researchers during summers and 24 during winters. The energy of the center is provided by a Combined Heat and Power Unit (CHP) which is powered by stockpiles of kerosene. There are actually a total of three CHP units on site, so as to ensure that an untimely mechanical failure does not leave the residents in dire straits.

Shipping containers and shipping container architecture are one of Shanghai Metal Corporation‘s largest businesses. Our containers are built to last according to international standards. In order to learn more about our products and services, please visit our websites on containers and container projects. Please also follow us on Twitter, Facebook, LinkedIn and Instagram. Try also scanning our QR code with your smart phone, tablet or phablet. 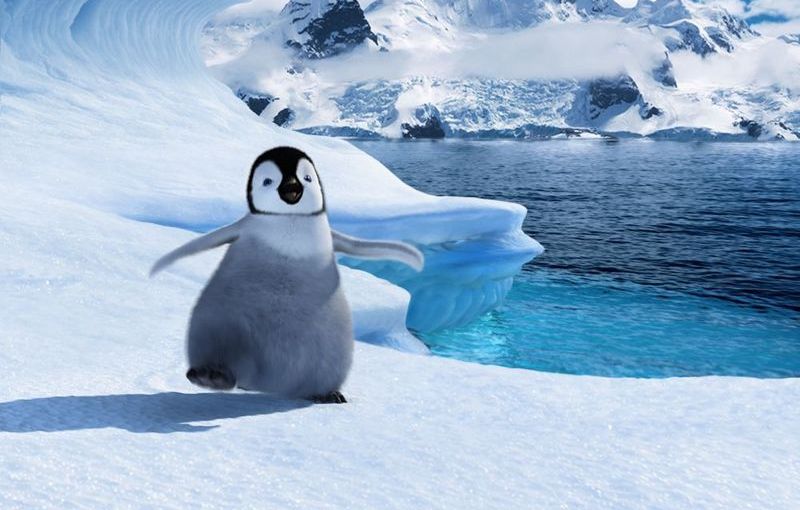 The ALS Association’s viral marketing campaign for raising funds to to fight the ALS disease has gone mainstream in a really short time. The association has already received over $31 million in donations. The Ice Bucket Challenge (#icebucketchallenge) has already been taken by celebrities such as the WWE wrestler Triple H, actors Dwayne ”the Rock’ Johnson and Jean-Claude van Damme, singers Jennifer Lopez and Shakira, a venture capitalist Daymond John and footballers Lionel Messi, Cristiano Ronaldo and Gerard Piqué just to name but a few.

The challenge involves people getting doused with buckets of ice water on video, posting that video to social media, then nominating others to do the same. This effort is there to raise the awareness of the ALS disease.  People can either accept the challenge or make a donation to an ALS Charity of their choice, or do both.

Since being founded in 1985, the ALS Association’s mission has been to do and fund global research on ALS disease and to cooperate with government, academia, industry and other nonprofit organizations. The association has funded over $99 million in research and clinical management projects.

Since the world is going crazy about the phenomenon, metal bucket manufacturers are forced to make more buckets. Galvanized steel is one of the best materials because steel keeps the ice chilled longer than plastic, and the galvanized coating protects the surface from corrosion.

Shanghai Metal Corporation is also a major supplier of galvanized steel that suits perfectly for building cold ice shower buckets. To know more about our galvanized steel, please visit our website. Please also follow us on Twitter, Facebook and LinkedIn. You can also download our new mobile application by scanning the QR code below.

Read more about the ALS Association and consider donating for good cause.

Aluminum is widely known for its extensive use for kitchen utensils, exterior building siding and varying industrial applications. More sophisticated uses of aluminum can be found in Navy, more specifically in solid rocket propellants. The use of aluminized propellants for rockets dates back to the early 1950s, and research proved to be a vital breakthrough that made the Navy’s missile submarines practical.

Today, aluminum still remains a main ingredient in many tactical missiles and space-launch platforms, including NASA’s next generation Ares rockets. The most common type of aluminum used in solid propellant formulations is powdered spherical aluminum 5 to 60 mm in diameter and usually constitutes 14% to 20% of the propellant by weight.

The aluminum burning at extreme temperatures represents just one part of the ALICE equation. The other includes the oxygen and hydrogen locked within water molecules that help feed the aluminum combustion. That reaction produces products in the form of hydrogen gas and aluminum oxide, which may prove greener than existing rockets. Current space shuttle flights release about 230 tons of hydrochloric acid in the exhaust left behind by their solid rocket boosters.

But a new mixture of nano-aluminum powder and frozen water, known as ALICE, could make rocket launches more environmentally friendly, and even allow spacecraft to refuel at distant locations such as the moon or Mars. Unlike the solid propellant aluminum that ignites when temperature are higher than 6.920 degrees Fahrenheit, forcing gases out to propel rockets upward, ALICE gets its kick from a chemical reaction between water and aluminum. ALICE squeezes even more out of the aluminum by using nano-scale particles with diameters of 80 nanometers, or 500 times smaller than the width of a human hair. Such tiny particles combust more rapidly than larger particles to give an additional kick, and may allow easier control over a rocket’s thrust.

Creating the proper mix of ALICE propellant proved tricky, but the researchers ended up with slurry that some describe as being like toothpaste. And the freezing helped keep the propellant intact during the first test launch, as well as prevent any premature aluminum-ice reactions caused by accidental sparks, or slow oxidation from occurring.

Research goes further. Perhaps the most immediate idea involves mixing nano-aluminum with larger aluminum particles. That could allow more efficient use of the aluminum, and cut back on the amount of wasted aluminum oxide in the initial aluminum. The researchers are also working with more energetic aluminum-water mixtures as they initially chose a mixture with extra ice to err on the safe side. Their caution came at the cost of lower exhaust gas temperatures during launch, which translated into lower performance and less hydrogen produced. Future work might even look at creating gelled propellant that behaves like liquid fuel. New mixtures could also produce more hydrogen, and take a step closer to helping run hydrogen fuel cells.

Most of us probably share a concept that houses should be build of, say, wood, stone or concrete. But as we can see, the variety of building materials is actually larger than we would have thought.

For instance in Finland’s city of Kemi, every year they build a large castle of ice and snow. In the castle there is a chapel for couples to get married, a restaurant and a hotel. The hotel rooms’ temperatures are about – 5 degrees Celsius. The hotel also has a lounge with a sauna and a heated swimming pool. The lowest room rate is 125 euros. More information about the snow castle can be found through this link.

The Wat Pa Maha Chedi Kaew Buddhist temple in Thailand is constructed from a million glass beer bottles. The mosaics made of beer bottle lids create mesmerizing patterns to the walls. The green glass walls also diffuse light beautifully in the temple.

A Top Gear celebrity James May built a two-story house which was able to be lived in. For building the house he used over three million Lego blocks, yes, Lego. Another famous Lego building is in Hungary’s Budapest where they have built a Lego tower of over 34 meters tall (114 feet). The tower has been confirmed as the world’s tallest Lego tower by Guinness World Records.

Shipping containers are getting more mainstream in building relatively cheap but luxurious accommodation. For example in Finland they are building student apartments out of used containers. In China they have a luxurious container village. Please read our blogs on student housing and container hotels for more details.

Shanghai Metal Corporation is a major supplier in Container Housing industry. To know more about our Container homes, villas, hotels and offices, please visit our website. Please also follow us on Twitter, Facebook and LinkedIn. You can also download our new mobile application by scanning the QR code below.