If you follow this blog, you certainly know that here at Shanghai Metal Corporation we are big fans of the combination between metal and interior design. This is the reason why we often write about metal furniture and metal features employed in architecture projects. We wrote about tables, chairs, wardrobes and so on. But today we take more than a step further. We take a stair further. A metal stair, of course! Metal is more and more employed in the construction of design stairs as the below gallery will show you. Take a look!

Francesco Librizzi Studio has designed a basic and modern metal structure staircase that fits perfectly in a 1900 apartment in Milan. The staircase is made from 14mm-wide lengths of iron, which create ladder-like treads inside a rectilinear tower. (from dezeen.com)

Slim by Fontanot is a spiral staircase made of stainless steel. It is minimal, elegant and easily fits any kind of interior design style.

The modern staircase below is part of a project designed by Lawrence Architecture in Seattle. The structure is made of metal and every step isembedded in the wall, giving an idea of suspension

According to the official website, Etika by Officine Sandrini is “not a simple staircase, not a simple piece of furniture, but a sculpture, a piece of art.” (from officinesandrini.co.uk) This helical stair is made of iron and the inspiration behind it comes from “an audacious combination of new and ancient knowledge.”  (from officinesandrini.co.uk)

Do not  forget that Shanghai Metal Corporation provides you with a great selection of metals such as aluminum, copper, steel and so on. Great quality and competitive prices are our guidelines in order to satisfy clients from all over the world. Visit our website to learn more about our business and products and do not hesitate to contact us.

Today Shanghai Metal Corporation wants to take you again to one of the well-known capitals of fashion and design in the world: Milan. We have already mentioned the Italian city for hosting the upcoming 2015 EXPO, but this new article deals with the major Italian event for interior design: SaloneDelMobile.

“The Salone del Mobile is the global benchmark for the Home Furnishing Sector. An invaluable tool for the industry as well as an ongoing, quite extraordinary promotional vehicle. The Salone made its first appearance in 1961, designed to promote Italian furniture and furnishing accessories on the export market, and it has continued to do so impeccably, ensuring that the quality of Italian furniture is known to all four corners of the earth, and continues so to do, with half of all its visitors coming from around the world.” (from http://salonemilano.it/en-us)

Among the furniture presented, here is a selection of unique tables featuring metals and several material such as wood, glass and crystal. Because the metal goes with everything!! Take a look!

Hystrix by Cattelan Italia. An innovative table made of glass and painted iron.

Status by Calligaris. An essential combination of wood and metal.

Take you time and come visiting our website. Did you know that Shanghai Metal Corporation provides you with a great selection of metals?  You can for instance take a look at our aluminum department products. Do you need aluminium foils? We have them! Or maybe you are looking for aluminum sheet plate? We can help you! Not just aluminium, but also copper, steel and so on. Do not hesitate to contact us.

Supply-demand equation is widely known in case one is to price goods in the market. Not different is that to the case of setting iron ore discounts. As competition heats up in the world’s top buyer amid rising supply, Global miners Rio Tinto and Fortescue Metals Group, are making deeper cuts in prices of low-grade iron ore cargoes to China.

“Since many Chinese steelmakers have cut and canceled annual contracts with miners, that has prompted miners to lower prices to keep their customers,” said an official with a steel mill in northern China who had confirmed discounts with Australia’s Fortescue. 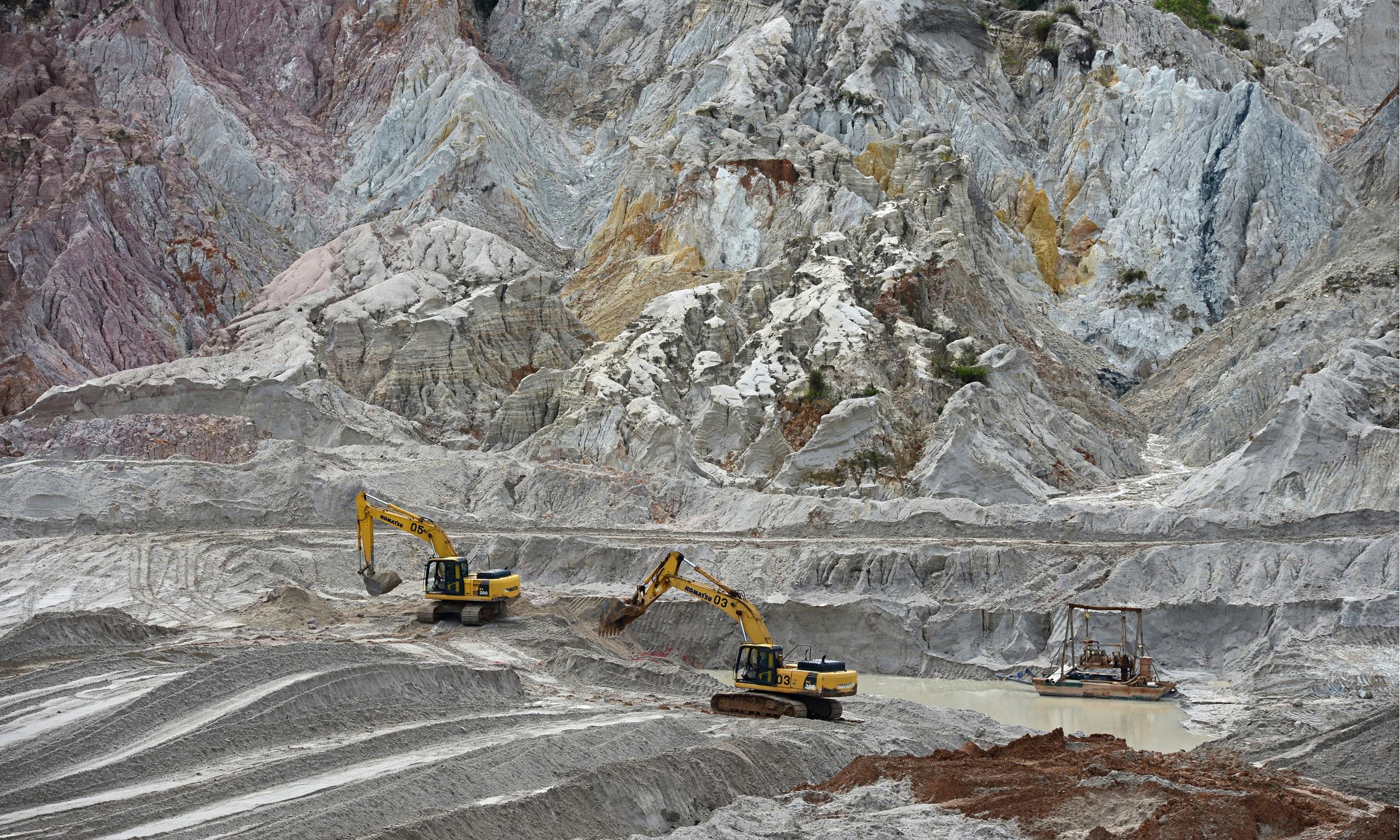 Lower quality ore is feeling the pinch amid rising ore supplies. At the same time Chinese steel mills are under pressure to cut emissions, reducing demand for lower quality ore that requires greater processing. Officials for Fortescue and Rio Tinto declined to comment. China imports about two-thirds of global seaborne ore, which last year totaled 1.2 billion tonnes. In the first five months of 2014, its purchases rose 19 percent to 382.7 million tonnes, with more than half coming from Australia. “The seaborne iron ore market is moving from a pricing structure influenced by high-cost Chinese production to one dominated by market saturation,” Morgan Stanley said in a recent report.

“We’re relatively close to the bottom now in iron ore,” said UBS analyst Glyn Lawcock, adding he also sees a pick-up in Chinese demand in September-October as mills restock ahead of winter. Seasonality is another aspect one may look at besides supply-demand curve. Bell Potter, iron-ore watchers, accounts the Chinese iron industry as highly seasonal. “Since the beginning of 2010, steel production around August to October has tended to fall 12-20 per cent from its peaks in February to July’’. At the same time, Chinese iron-ore output has also strengthened in the second half of the year.

So far this year Chinese steel production has held above trend. The implication is that if the industry returns to trend, iron-ore prices again could come under pressure in the current quarter. We shall wait and see.

Shanghai Metal Corporation offers a wide range of metal products, ranging from stainless steel to high carbon, special steel, in varying sizes and shapes. To find out more, please visit our Website or send your inquiry here. Our English speaking personnel will be more than pleased to help you. Follow us on  LinkedIn, Twitter, Facebook, Instagram and don’t forget to subscribe to our YouTube channel. Or you could try our new mobile app by scanning our QR code.

Iron ore is a major raw material used to create steel. Therefore, demand for this raw material by the steel industry plays a major role in determining prices. Internationally, iron ore prices are largely determined by the Chinese because they are the largest consumer of iron ore in the world. China accounts for more than 60% of the seaborne iron ore trade.

The flagging demand for iron ore from China in the wake of an economic slowdown has put downward pressure on iron ore prices. According to data from China’s National Bureau of Statistics, growth in investment, factory output and retail sales has slowed to multi-year lows in the first two months of the year. A Chinese government crackdown on polluting steel plants has forced many of them to shut down. In addition, tightening of credit by Chinese banks to steel mills that are not performing well, will negatively impact these mills’ prospects. Furthermore, the Chinese leadership has proposed structural reforms of the economy, shifting the emphasis from investment and export driven growth to services and consumption led growth. Such a transformation of the Chinese economy may negatively impact Chinese demand for steel in the long term. Chinese steel demand growth is expected to slow to 3% and 2.7% in 2014 and 2015 respectively, from 6.1% in 2013. Weak demand for steel has indirectly resulted in weak demand for iron ore as well as metallurgical coal.

On the supply side for iron ore, expansion in production by majors such as Rio Tinto and BHP Billiton has created an oversupply situation. A combination of weak demand and oversupply is likely to result in lower iron ore prices in the near term. Lower iron ore prices will impact smaller mining companies much more than the major mining companies. It appears that the price of iron ore is being manipulated in favour of larger producers. This is due to the smaller company’s higher cost of production of per ton, as compared Rio Tinto and BHP who have lower prices. Iron ore spot prices stood at $92.74 per dry metric ton (dmt) at the end of June 2014, about 19.2% lower than a year ago. The outlook on iron ore prices remains bleak in the near term, in view of the oversupply situation.

It’s not surprising that so many Chinese producers are being forced to close up shop. According to data supplied by Bloomberg, around 80% of China’s mines have operating costs of around $80 to $90 per ton. In comparison, BHP Billiton, and Rio Tinto produce ore at around $53, $68, and $44 per ton respectively.
But it is not just BHP ramping up supply — Rio Tinto and Vale are also ramping up output, compounding the supply problem.
BHP Billiton is increasing output by 260 million to 270 million tonnes from a 217 million tonne target in 2014, and Rio Tinto is on track to produce 295 million tonnes of ore this year, up from 266 million last year.