First the first time ever a motor vehicle manufacturer is using a nearly all Aluminum metal body in one of its pickup trucks, why you ask?

In 2010 President Obama introduced new tough fuel-efficiency standards for vehicles, which meant that they needed to start reducing gasoline consumption per mile traveled. This is exactly what ford managed to do, by switching from Aluminum to steel Ford shaved 700pounds off the weight of the vehicle which is roughly 15%. So what effect did this have on petrol consumption? Reducing the weight so dramatically has reduced combined urban and highway consumption to 17 miles per gallon which is more than 25%. 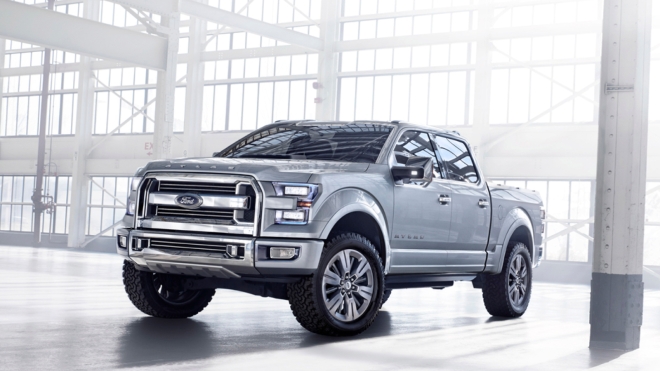 This lighter body also opens up the doors to more potential fuel savings. As the vehicle is lighter it no longer requires the same heavy hitting 3.5L V6 engine so by replacing this with a more economical motor will further increase this vehicles potential to save fuel which is important as efficiency regulations are incrementally ramped up past 2020. Further more if other technologies such as auto stop/start and hybrid engines are installed this can be further maximized.

With the F150 being fords most profitable vehicle worldwide this is also somewhat of a gamble for Ford to be making, given that aluminum has somewhat of a reputation for being weak- after all it is the basis of kitchen foil, right? Wrong! When aluminum is combined with small amounts of other metals to form and alloy it is actually just as strong as steel. So in an industry already struggling this could put Ford in a strategically beneficial position or isolate ignorant consumers.

As a world leader, Shanghai Metal Corporation (SMC) offers Aluminum in various type and size with offices and subsidiaries located throughout  Asia, Europe, Australia, and the Americas. More information on aluminum can be found on our website here. Be sure to join the conversation in our LinkedIn group, Facebook, Twitter & Tumblr. You can also scan the QR code below with your smart device to connect with us on these platforms.

Food truck vendors started to gain popularity in the United States around 2008, when citizens had to cut back on spending due to the economic downturn. Entrepreneurs saw this change in consumer preferences as a way to provide unique cuisine options to people at their convenience. Fast-forward five years, now there are many vendors in the marketplace and capturing the audience’s attention is becoming tougher than ever before. Now-a-days consumers are more cautious about the health benefits of the food they are putting in their body and, at the same time, are spending more and more time using technology to interact with the world around them. That is where unique marketing strategies by vendors come into play.

It is not difficult to get started in the food truck industry but differentiating yourself from the masses of other trucks lined up downtown during peak lunch hours is a different story. Many food trucks are pertaining to healthy eating lifestyles by offering food catered to those who are vegan or vegetarian. Imaner Consultants, an ethical organization who specialize in vegan website involvement, calculated that 95 percent of vegans go out of their way to buy foods from ethical companies. The group also discovered that 96 percent of vegans use the internet as a way of locating vegan products. Some food trucks have taken these statistics into consideration and work to enhance the social responsibility of their trucks and portraying their vision on social media sites. When catering to vegans, vendors consider not only the type of produce they use when preparing each dish but also the type of fuel used in their trucks and the types of packaging and utensils used to eat the organic dishes.

Aluminum foil is used by many trucks as a way to serve hand held meals like sandwiches and wraps. The foil is not only an easy clean up for guests but its recyclable capabilities cater to those concerned with preserving the earth. Vendors see it as a way to get the food to customers quicker and using foil doesn’t require any extra packaging material. It is a cost effective way to ensure the food inside stays the same temperature from the time it comes off the grill to the time the consumer opens it up to enjoy. Shanghai Metal Corporation offers a wide array of aluminum foil for packaging. To read more detail on the types of foil we offer be sure to check out our website here. Be sure to join the conversation in our LinkedIn Group, Facebook, and Twitter.