Drones have been one of the fastest growing phenomenon’s in the last few years, both in terms of private and commercial use. To be the expansion into context, back in 2012 the Federal Aviation Administration (FAA) estimated that by 2012, 30’000 drones will be operating in US airspace; at this current time (2016) around 2.5 million drones are operational in the United States, of which 500’000 are being used commercially. Unsurprisingly, the FAA has since revised their forecast and now predicts the country will have 7 million drones in the air by 2020.
Many believe drones are the next step in the process of the ‘industrial revolution’. Before the availability of the modern cranes and industrial equipment, we rely so heavily upon today, laborers would be forced to complete every single job on the construction site by hand. Jobs that today take months to complete would have in years gone by taken years, and in maybe 20 years time, the jobs we see today taking months could take weeks, thanks to the use of drones.
Assessing the earth for the foundations of construction is also something that a drone can be considerably more efficient for. Traditional land survey equipment gets the job done and provides accurate results, however, when the apt software is installed into a drone, it will also attain accurate result but it will complete the job in a time 85-percent quicker at a cost of 10 times cheaper than traditional methods.
Furthermore, the job a project manager is also made fundamentally easier through the assistance of drones. In years gone by builders manually assessed project dimensions, which would predominantly be unreliable, timely and costly.  By using drone data tools, the drone can automatically measure essential projects components, such as stockpile volumetric, whilst also sending instant feedback to the project manager who can begin analysis.
Drones are becoming increasingly common in day-to-day life but this is just for leisure, more importantly, drones are becoming more and more prevalent in a variety of industries but none more crucially than construction. Construction is an industry very much built on efficiency, in the sense of cost and time; hence the reason drones potentially have such a pivotal role to play, when the above reasons are taken into consideration.

You would be a brave person to bet against drones being a key player in the next industrial revolution.

A number of the world’s largest hotel chains are betting on Africa being their next big investment opportunity. Africa’s tourism sector is already on a momentous upwards slope and this is the obvious trend that has caught the attention of some of the world’s most renowned hotel names, such as, The Hilton, Fairmont and the Jumeirah group. Starwood, Marriot and the Four Seasons have also publically stated they intend on investing heavily across North, South and Central Africa in the five-years between now and 2021 that experts predict will be one of the largest periods of hotel growth in the continent’s history.
Foreign Direct Investment (FDI) in Africa is currently rising at an astronomical rate; last year, the global growth rate of FDI was 1%, whereas in Africa they experienced a 7% growth. Paul Frimpong, Investor Analyst at international business facilitation experts Naseba, said: “The enormous potential of the African continent cannot be emphasized enough. Africa is the fastest growing region for FDIs in the world. Aggregate household consumption will reach $1.4 trillion with collective GDP hitting $2.6 trillion in 2020 alone. These facts show that with the understanding of the growth momentum, combined with the right strategies, presents handsome rewards for current and prospective investors in the region.”

Not only does the hotel boom in Africa provide more opportunity for the tourism industry but it also presents an abundance of opportunity for the continents architects, interior designers, real estate developers, buyers and engineers working on not only hospitality, but retail, commercial and residential developments.

Nissan’s Murano CrossCabriolet propelled the world’s first—to the extent we know—car survey written as a Homeric tribute. Dearest by around eight individuals (half of whom may or won’t not work at Car and Driver), the CrossCab was a business frustration, vanishing after the 2014 model year. Fortunately, the upstanding Brits at Land Rover apparently have persuaded their Indian supervisors that the CrossCabriolet passed on in light of the fact that it basically wasn’t sufficiently upmarket. Notwithstanding its real thinking, the organization was permitted to go ahead with the Evoque convertible, which initially showed up as an idea at the 2012 Geneva automobile fair.

Witness, sweethearts of the droptop SUV, the Evoque convertible underway appearance, complete with a rooftop that brings down itself in 18 seconds at velocities of up to 30 mph. In its nose, the Evoque conveys the same 240-hp turbocharged four-banger as it has since its 2012 dispatch. The motor is dashed to the same ZF nine-speed programmed transmission it obtained for 2014, going through an AWD framework nearly relatedto the one in the up and coming Ford Focus RS, less the Ford’s hoon-couraging “float mode.”

The top lies flush with the beltline when stowed, while out back, a trunklet reminiscent of the Mini Cooper convertible’s gives 8.9 cubic feet of capacity. A ski go through is accessible. In advance, the two-entryway convertible components Jaguar Land Rover’s new InControl Touch Pro infotainment framework and a 10.2-inch screen from which to work it. 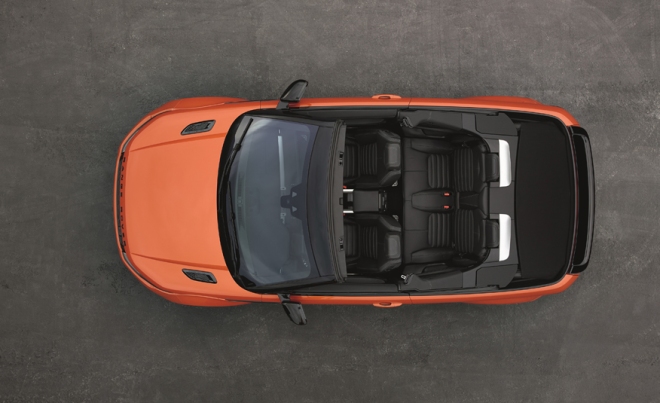 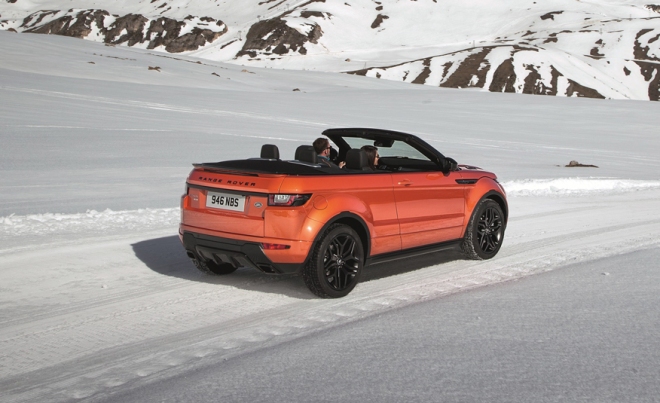 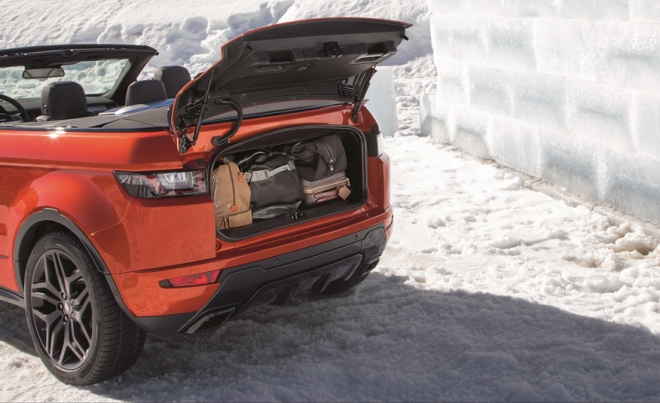 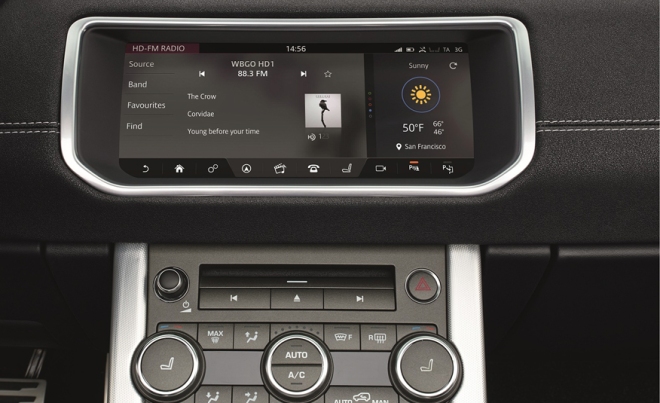 What amount of will this outside CUV-ing cost a man? A fundamental SE Dynamic package–equipped model will run $51,470 to begin, which is generally $10,000 more than Nissan requested its entrance in the fragment.

Shanghai Metal is a highly reputed manufacturer and supplier of machinery in China, we have a wide list of  products. Visit our website to find more about them.

For any question, please send us your inquiry, we have English-speaking stuff that will help you to find the best product for you. 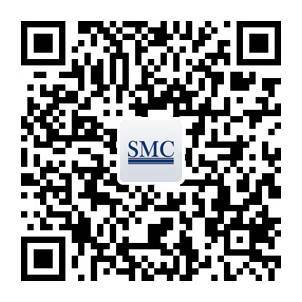 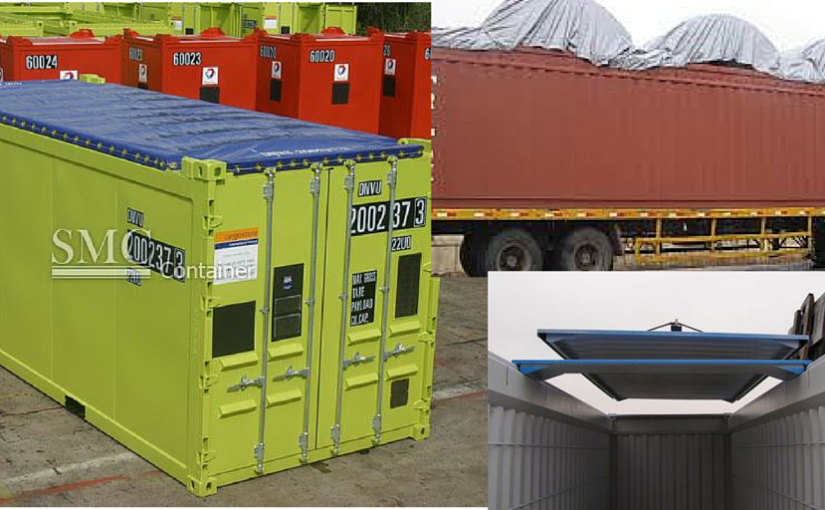 As the one of leading supplier and manufacturer of metal products in China, we know best about what type of containers are suitable for transporting what type of goods. At SMC, containers being one of our most popular products, we assure you of the best quality, secured containers which enable goods to be transported safely.

Our open top containers are perfect for businesses that deal in large, industrial size equipment. This container enables goods of unusual shape and size to be loaded onto the container and transported to their place of need.  The removable top of this container comes handy especially when transporting goods such as mining and construction equipment,machinery,  building materials and other mega size equipment.

Open top allows goods to be secured and left in their natural shape, hence they are transported freely.

To learn more about how our open top containers can best suit your needs, visit our website and see our full product range.

Contact us for a free inquiry, our friendly staff will be available to help you.

Stay in touch with our latest news, scan the QR code below and download this app

To stay in the loop with our latest updates, follow us on the these social media platforms:

Traditionally, roof panels have been used in construction purposes for the longest time. One of the reasons for this is that they provide insulation, are capable of combating almost any kind of weather and can be used to mount various other devices: antenna, solar panels with relative ease.

It really is no wonder that roof panels are so popular and diverse in their uses right from construction to shelving. With such a high demand of panels, you would need a roof panel forming machine which is efficient, reliable, fast and economical. And Shanghai Metal’s roof panel making machine does all this. And more.

Our roof panel forming machines are complied with safety standards passed by ISO, and they are extremely quick and efficient reaching up to speeds of 40m/min.

They are designed to produce two profiles according to quick change cassettes. The entire line can be controlled by a remote control, reducing your cost of labor.

The components of the machine are as follows:

Shanghai Metal is a highly reputed manufacturer and supplier of machinery in China, and machines are customizable, depending on quantity ordered. Visit our website to see more details about our roof panel forming machines and discover other types of machineries.

For any question, please send us your inquiry, we have English-speaking stuff that will help you to find the best product for you. Don’t forget to follow us on social media and download an application by scanning QR code below. 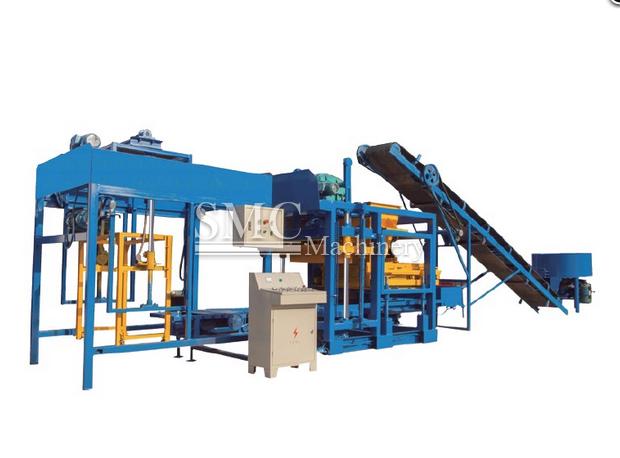 Efficient. Easy To Use. Affordable.

Have we got your attention already? If so, what you waiting for? Make your business better with one of our simple block production lines.

Shanghai Metal Corporation produces one of the most efficient block production lines in the field of machinery today. Our lines are carefully designed by our skilled technicians and after rigorous, quality check and control, will be available to you. One of our key features that make us different from every other producer is that we have a focus group of skilled as well as unskilled workers, who help us in our final designing of our machine line. This ensures that the machines are user friendly even to the untrained personnel. You also get a machine from one of the most trusted manufacturers and suppliers in the world, ensuring end-to-end service so that you can focus on what matters the most to you, your business.

Our specifications and design of our machines are as follows:

Get this product by visiting our website. If you need further information, our English speaking staff will be very glad to help you find the most suitable product for you.  Download a new application by scanning QR code below and follow us on Social Media platforms to learn more about metals, construction and machinery.

In this modern, chaotic, busy world everyone is looking for a happiness. We all prefer different things but  what, I am sure, will work for everyone is a candy. When I was a child, I always wonder how would be lovely to live with a Willy Wonka in a chocolate fabric and enjoy every moment by eating chocolate and chewing a gum.  But have you ever think how  this really works, what is  a machine which brings you happiness – the machine of happiness… 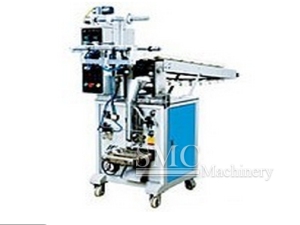 Which is designed based on the foreign advanced technology and the international processing method. New generation equipment which is special for die-forming hard candy Various types of hard candies, fruit candies and candies with jam or powder centers.

Shanghai Metal Corporation offers  customers a wide list of food machine. For more information visit our website or send us inquiry. English speaking staff will help you to choose the most suitable product for you. Download an application by scanning QR code below or follow us on Social Media.